We can take away the stress of dealing with staffing as well as the facilities needed to support your project.

Our call center is conveniently located in Chandler, Arizona, a suburb of Phoenix.
We specialize in providing call center solutions to businesses of all sizes.
Our goal is to provide you with a turnkey solution!

Your customers will thank you for choosing Blue Novis! 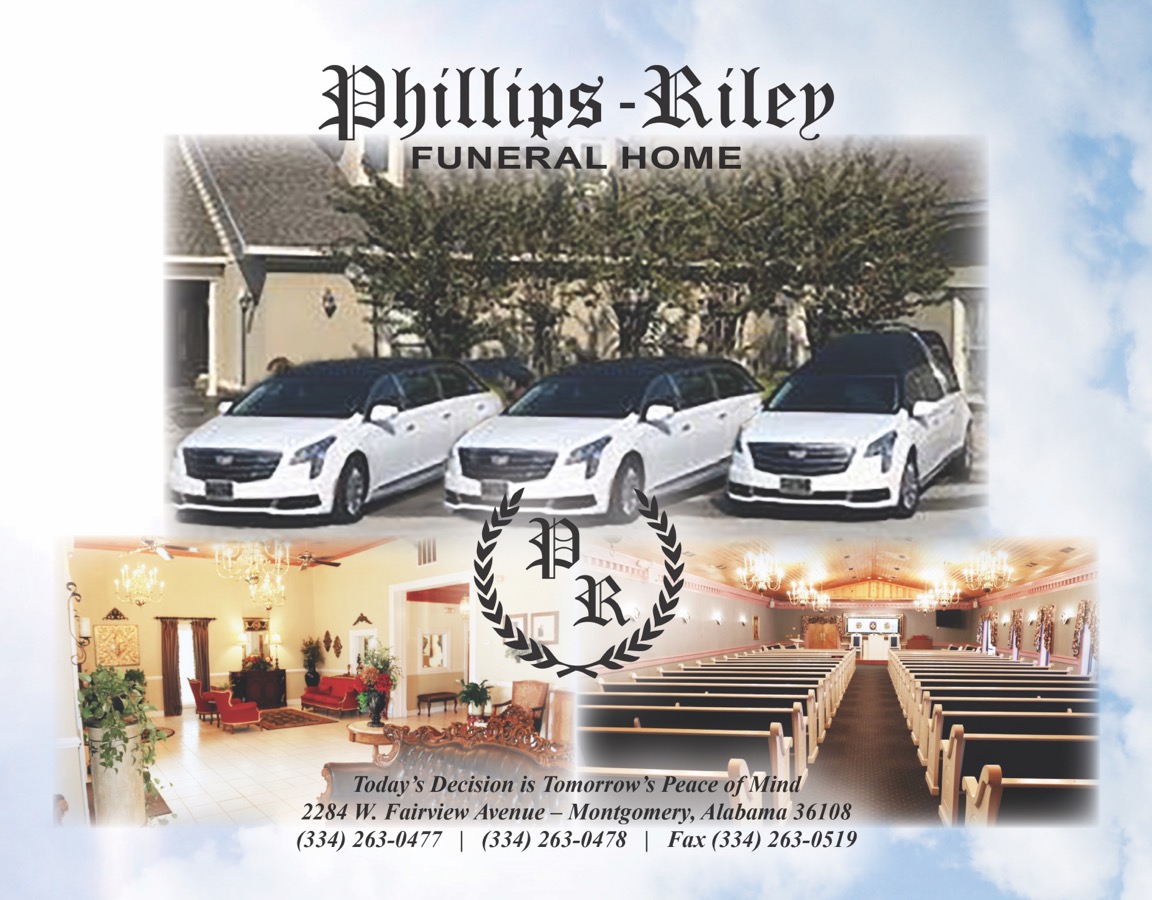 Welcome to Phillips-Riley Funeral Home | Our professional and caring staff takes pride in providing high quality and affordable funeral services that meet the special needs of your family. We offer a complete range of quality services and are experienced at honoring many faiths and customs.

We, the friendly and personable staff and management of Phillips – Riley Funeral Home extend our great appreciation to You-The Public, Our Family and Friends for allowing us to provide our professional and heartfelt services since 1982. 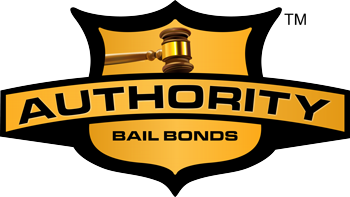 Our goal is to secure your freedom from jail, and we handle each case respectfully with complete discretion. No third party needs to know your business. Without your continued trust, we could not remain in business.

We also understand that you may need help for a friend or relative. You want your loved one home as quickly as possible. Whether the charge is for a felony or a misdemeanor, we are never judgmental. Things happen. The imperative issue is educating you on the bond process and getting everyone home safely.

Celebrating over 37 years of service

For over 30 years, Gulf States Distributors has focused on ONE objective – Provide quality law enforcement at competitive prices.  What sets us apart from the rest is our commitment to customer service.  Testimony to our quality service is 4 out 5 customers are REPEAT customers.

Sponsor Level: Silver
3000 Eastern Boulevard
Montgomery, AL 36116
1-866-629-7446
Proud sponsor of Central Alabama CrimeStoppers
Beyond our sales and service teams, Montgomery Subaru is committed to serving the Montgomery, AL community through the Subaru Love Promise commitment. We have partnerships with several charitable organizations, such as Meals on Wheels and the Montgomery Humane Society, as a way to give back to the community in which we do business.
We are happy to continue our commitment by serving on the Board of Directors of Central Alabama CrimeStoppers and being a proud financial sponsor.

For 40 years we’ve had a simple philosophy: just do what’s right. And that starts every time we sit down with a family – like yours – to educate them about how money works and to offer products and services to help them meet their goals.

Primerica helps people learn how to make their money work for them using simple financial concepts. The wealthy have used these principles for decades to achieve success, yet these concepts aren’t taught in schools. Primerica bridges that education gap, empowering the families we serve to make better financial choices and to use the products and services we offer to reach their goals.

We take great pride in being a company dedicated to bringing common sense solutions to families from all walks of life. We’re a Main Street Company for Main Street North America.

Let us show you how we can help your family. 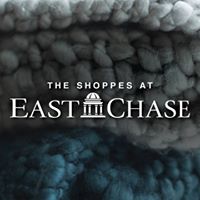 The Shoppes at EastChase

Sponsor Level: Silver
1 WCOV Avenue
Montgomery AL 36111
334-288-7020
Proud Sponsor of Central Alabama CrimeStoppers
WCOV-Montgomery
WCOV seeks to serve the public interest by providing a healthy working environment for our WORKERS, providing fast, accurate service to our CLIENTS, serving OTHERS in our community, and giving our VIEWERS a rewarding entertainment experience. 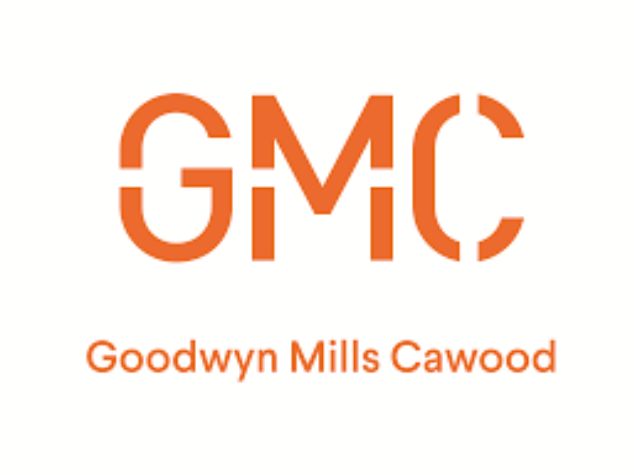 Goodwyn Mills and Cawood, Inc. (GMC) is one of the region's largest privately-held architecture and engineering firms, with more than 375 employees. We are a regional firm with national experience located in offices throughout the Southeastern United States. While our company has evolved tremendously since its launch in 1947, our founding principles of integrity and quality remain a vital part of our daily operations.

"We believe in community, collaboration and using the power of creativity and hard work to make a difference - in our hearts, homes, city, nation and world. We believe in hope, progress, beauty, and big ideas. We believe that people like us, need us. We are not just an engineering firm. We are not just architects. We are artists, designers, thinkers, doers, makers, and storytellers dedicated to doing great work, for good. We partner with passionate and like-minded individuals, businesses, organizations, and causes that have aggressive hopes and goals for tomorrow and beyond. Dreaming big is the only way to make big dreams come true, and we know that our solutions can only be as great as the people we serve. Communities are built by people, not companies. And it is that foundational concept that drives how we approach every project, big or small. Because it’s the passion and drive of individuals that feeds the growth and development of what’s next. Together, we will be smart. We will be relevant. We will be meaningful. We will be kind, supportive, enthusiastic and – at the very least – the very best we can be. We are – and will continue to be – a collaborative organization driven by the power of building better, happier, healthier, thriving communities. And we are committed to working with folks who share our vision for realizing their full potential, because we know that great engineering and architecture helps make communities better, for everyone."

Proud Sponsor of Central Alabama CrimeStoppers
Maynard Cooper & Gale is a nationally recognized law firm with more than 250 lawyers. Headquartered in Birmingham, Alabama, the firm has offices in New York and San Francisco, as well as three additional offices throughout Alabama located in Huntsville, Mobile and Montgomery. Our record and reputation confirm that we deliver desired results for our clients. We solve tough, complex legal problems for many of the world’s leading companies, including over 60 listed on the Fortune 500 with 32 of those in the top 100. We make it our priority to fully understand each client’s business and the climate in which it operates so that we can help them navigate challenges and prepare for what lies ahead. Our keen knowledge of the vast industries and dynamic legal environment equips us to provide paramount service with seamless attention to detail.

One of the most popular sites on the Trail, Capitol Hill, in Prattville, continues to get praises from golfers and golf writers alike. Golf Magazinecalled the Judge course one of the 10 public courses in America worthy of hosting the U.S. Open and the Zagat Survey of America's Top Golf Coursesranked it among the top 50 courses in America. The Senator course was named among the Top 10 New Courses in the nation by Golf Magazine and is the host course for the Guardian Championship.

Located in Prattville, approximately 13 miles north of Alabama's state capital, Capitol Hill features three 18-hole championship courses. With more than 1,500 acres of golf and nature, the pure magnitude of this facility is amazing and allows each course to be drastically different from the others.

SINCE 1969, DOSTER CONSTRUCTION COMPANY HAS BEEN DEDICATED TO EXCEEDING OUR CLIENTS’ EXPECTATIONS, AND OVER THE LAST FIVE DECADES WE HAVE BUILT A REPUTATION FOR EXCELLENCE IN COMMERCIAL, RETAIL, EDUCATION, HEALTHCARE, HOSPITALITY, INDUSTRIAL, MULTIFAMILY, AND SENIOR LIVING CONSTRUCTION.

At Doster, business has always been about more than the structures we build. We’ve always known it’s about employing the best in the field and servicing the client; it’s about valuing people and building lasting relationships. By recognizing the importance of the people involved in a project, from client to subcontractor, Doster has become one of the industry’s most respected companies.

Sponsor Level: Platinum
4370 Peachtree Road NE, suite 400
Atlanta, GA
404-266-8333
Proud sponsor of Central Alabama CrimeStoppers
Gray Television's roots begin in January 1891 with the creation of the Albany Herald in Albany, Georgia. Over the next several decades, the company transformed in parallel to the ever-changing media landscape, expanding with additional newspaper acquisitions and later television stations to eventually became known as Gray Communications Systems. Between the early 1990s and today, the company was transformed through strategic acquisitions and subtle, yet critical transitions. During that period, Gray Television divested all the newspapers and television stations that it owned prior to 1993 other than WJHG. In their place, Gray Television acquired and, in some cases, built from scratch market-leading television stations focused on local communities. On January 2, 2019, Gray Television completed its acquisition of Raycom, transforming it from a small, regional broadcaster to a leading media company with nationwide scale. Gray Television currently owns and/or operates television stations and leading digital properties in 94 television markets, including the number-one ranked television station in 70 markets and the first and/or second highest ranked television station in 85 markets, based on Comscore's average all-dating ratings during calendar year 2020. Gray's television stations cover approximately 24 percent of US television households and broadcast approximately 400 separate programming streams, including nearly 150 affiliates of the CBS/NBC/ABC/FOX networks. Gray Television also owns video program production, marketing, and digital businesses including Raycom Sports, Tupelo-Raycom, and RTM Studios, the producer of PowerNation programs and content. We are continuing to expand with a strategic focus on providing value to our audiences.

Sponsor Level: Platinum
531 Oliver Road
Montgomery, AL 36117
334-277-2612
Proud sponsor of Central Alabama CrimeStoppers
JESCO’s greatest asset is the client-oriented, teamwork driven spirit of our people and our dedication to our fim’s values. JESCO brings to its clients over $1 billion worth of completed construction experience over the last five years in Construction-Engineering, Mechanical-Electrical, Industrial Services, Millwright-Maintenace, and Steel Fabrication. Each division complementing the others, are dedicated to one common goal – the fulfillment of the needs of our customers.

CNHI is a leading provider of local news and information, offering a wide array of print and digital products in more than 130 communities in 22 states. Based in Montgomery, Alabama, CNHI is a Raycom Media company. For more information about CNHI, please visit www.cnhi.com. 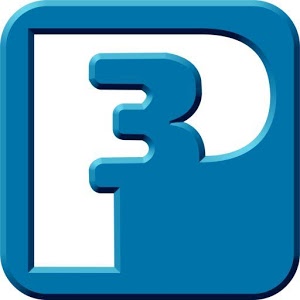